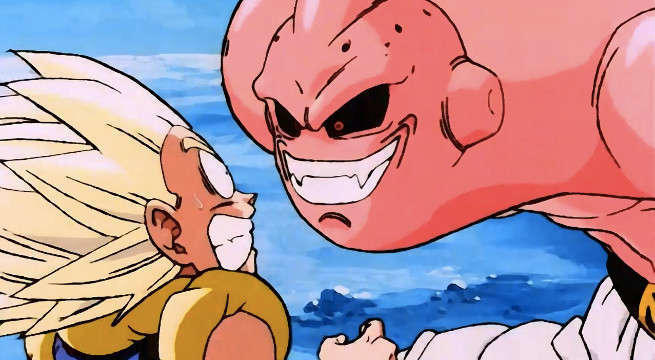 Dragon Ball Z has tons of villains under its thumb, and some like Frieza are still thriving to this day. Others like Buu have enjoyed an on-and-off relationship with fans, and most consider his debut in Dragon Ball Z to be his best arc. And now, one of the anime’s writers has revealed which version of Majin Buu is the strongest to date.

The update comes from Takao Koyama, a writer who worked on Dragon Ball Z for quite some time. The writer joined the team in 1989 and stayed through 1996 when Dragon Ball Z ended. It was there Koyama worked on Majin Buu’s arc, and he hit up Twitter with his commentary after being asked by a fan which Buu is the most powerful.

“Majin Buu, who absorbed Ultimate Gohan, is perhaps the strongest of all. My favorite Buu is the first one, but fat Buu, he is very charming,” the writer shared.

Of course, Dragon Ball fans figured this was the case, but there is some debate within the fandom. After all, creator Akira Toriyama did say Kid Buu is the strongest version of the character. But when you think about Buu’s absorption, well – it only makes sense for Ultimate Gohan to be the strongest. Not only is Buu incredibly powerful, but Ultimate Gohan is even stronger. When the two combine, a massive spring of power is what you get, and Koyama believes this version of Buu reigns supreme.

Buu has gone through some huge changes since he absorbed Ultimate Gohan, but fans know the fighter is still very powerful. The manga for Dragon Ball Super has only impressed that upon readers in the past year. In a post-anime arc, fans watched as Buu hit the spotlight when it was revealed he carried the spirit of the Grand Supreme Kai within him. Buu has been in the background since, but readers are always ready for the alien to return. But if he wants to try absorbing Ultimate Gohan again, well – he will need to convince Goku’s son to return to his fighting form.

What do you make of Koyama’s opinion? Do you agree with his take on Buu’s power? Share your thoughts with us in the comments section below or hit me up on Twitter @MeganPetersCB.