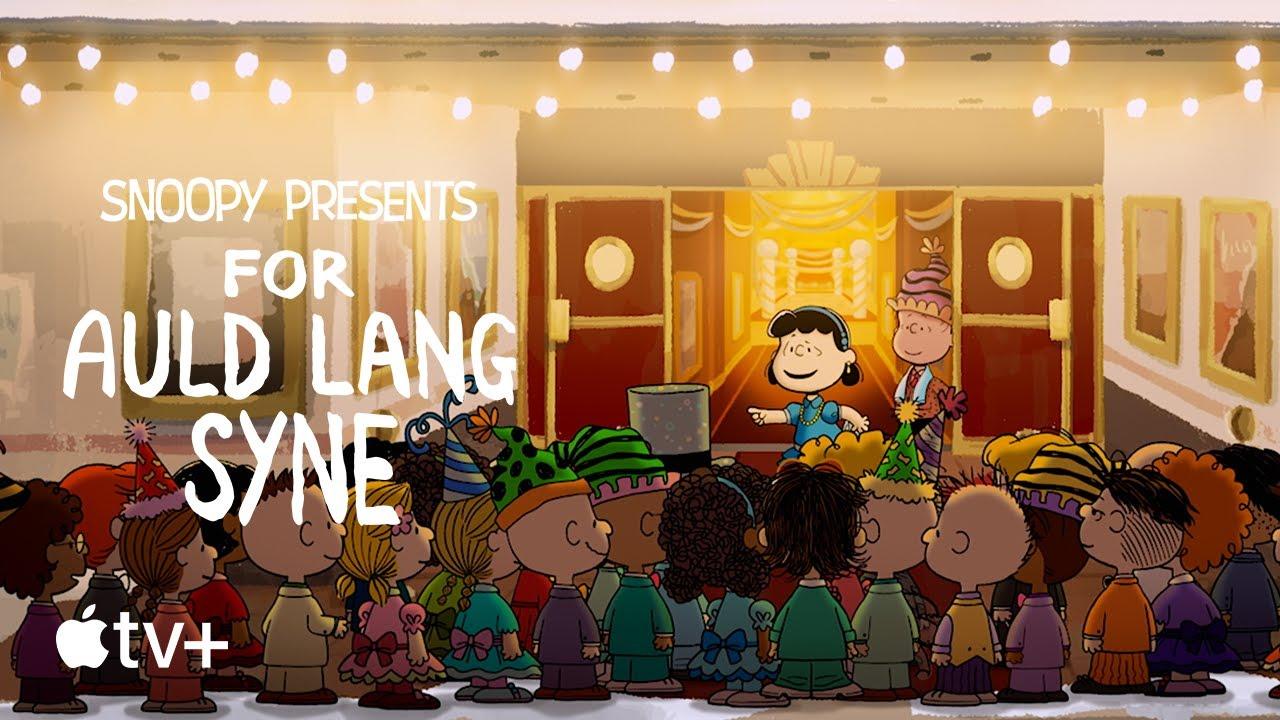 Apple TV+ confirmed earlier this year that it would be delivering audiences an all-new Peanuts holiday special centered around New Year’s Eve, with the upcoming For Auld Lang Syne special earning its first trailer. Interestingly, while the new special will be celebrating all of the beloved members of the Peanuts gang, it marks the first TV special based on the characters that doesn’t feature the characters “Charlie Brown” or “Snoopy” in its title. Luckily, we’re still sure to see those iconic characters, among many others, all get into the spirit of the New Year when For Auld Lang Syne hits Apple TV+ on December 10th.

Per press release, “In the special, after the Peanuts gang experience a disappointing Christmas because Grandma can’t visit, Lucy resolves to throw herself the best New Year’s Eve party ever, while Charlie Brown struggles to accomplish just one of his resolutions before the clock strikes twelve.

For decades, Peanuts specials have marked an annual tradition for families to get into the spirit of various holidays. Whether it be It’s the Great Pumpkin, Charlie Brown, A Charlie Brown Thanksgiving, or A Charlie Brown Christmas, Peanuts fans know that these holidays aren’t complete without at least one viewing of these time-honored adventures.

When Apple TV+ secured the rights to develop new projects with the characters, fans were immensely excited about what the future might hold for the franchise, though it came with the mixed reactions that this streamer would be the exclusive home of beloved classics. Luckily, the streamer has been partnering with PBS to continue the tradition of network broadcasts of each special, with fans being able to check local listings for the upcoming broadcast of A Charlie Brown Christmas.

Check out For Auld Lang Syne on Apple TV+ on December 10th.

Are you looking forward to the new special? Let us know in the comments below!