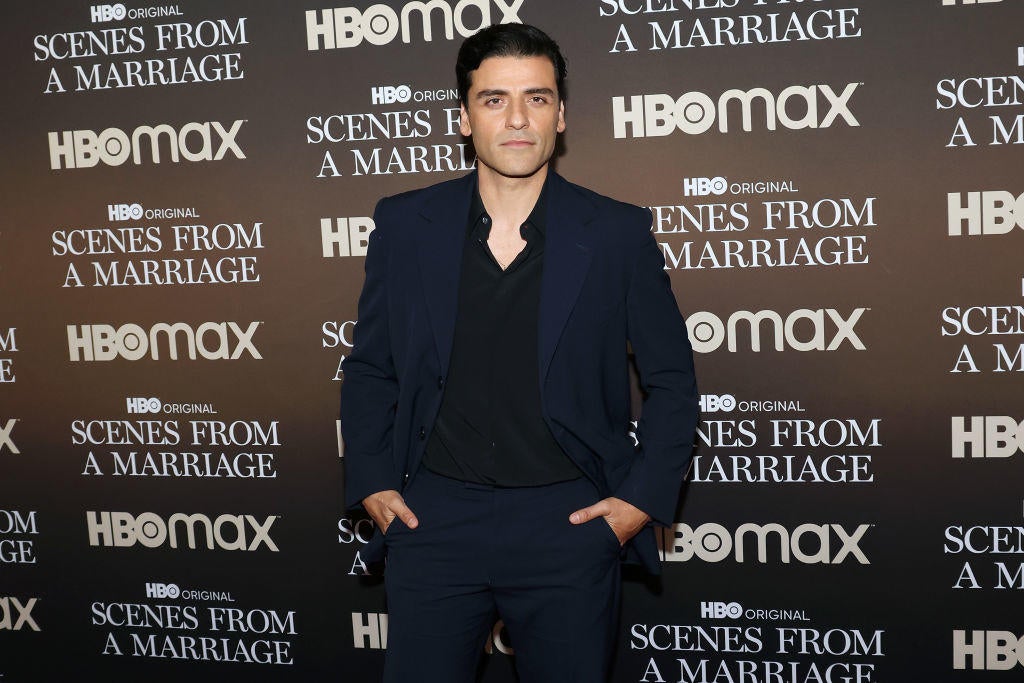 Jason Sudeikis returned to 30 Rock Saturday night to make his hosting debut on Saturday Night Live, some eight years after he left his role as an actor on the live sketch comedy. As one might expect, the series brought back one of Sudeikis’ most popular sketches, “What’s Up With That?” and with it, some surprising characters. That includes Moon Knight star Oscar Isaac.

As the norm with the sketch, Keenan Thompson plays an eccentric talk show host who interrupts every guest with a song and dance. As Thompson does that, Sudeikis hops in while doing his now-iconic “Running Man” dance.

Though Isaac began to get a few words out, the sketch continued in standard fashion. Interestingly enough, Bill Hader wasn’t on set reprising his role as Lindsey Buckingham, a character that’s traditionally a mainstay on the years-old sketch series.

Isaac is busy doing press for his role on Warner Brothers’ Dune remake. His presence in New York City also all but ensures the production of Moon Knight has wrapped overseas. The actor previously said the series is the toughest challenge of his career.

“Speaking with Kevin [Feige], I told him I’m going to come in with these big ideas, and if you don’t like them, that’s fair,” Isaac said on an episode of Variety‘s Awards Circuit Podcast. “And immediately, we saw it all. I found so much room to do things that I’ve never done before and had been curious about and wanting to do. I could not wait to get to set, and it was the biggest workload I’ve ever had in my career and most challenging; by the sheer amount of stuff we had to do in eight months, and even yet, I couldn’t wait to get to set and work.”

Despite that, Isaac went on to say Feige’s “feeling good” about the series.

“[Directors] Mohamed [Diab] and [Justin] Benson and [Aaron] Moorhead, they were so fantastic,”he added. “I couldn’t believe my luck and how collaborative the situation was. I’m really excited and hopeful. I don’t know if it’ll work, we took some big swings, ya know! And even Kevin [Feige] said, ‘I don’t like to count my chickens before they hatch, I’m feeling good but you never know!’ So hopefully it’ll look as good as it felt.”

Dune is now in theaters and streaming on HBO Max while Moon Knight has yet to set a release date.