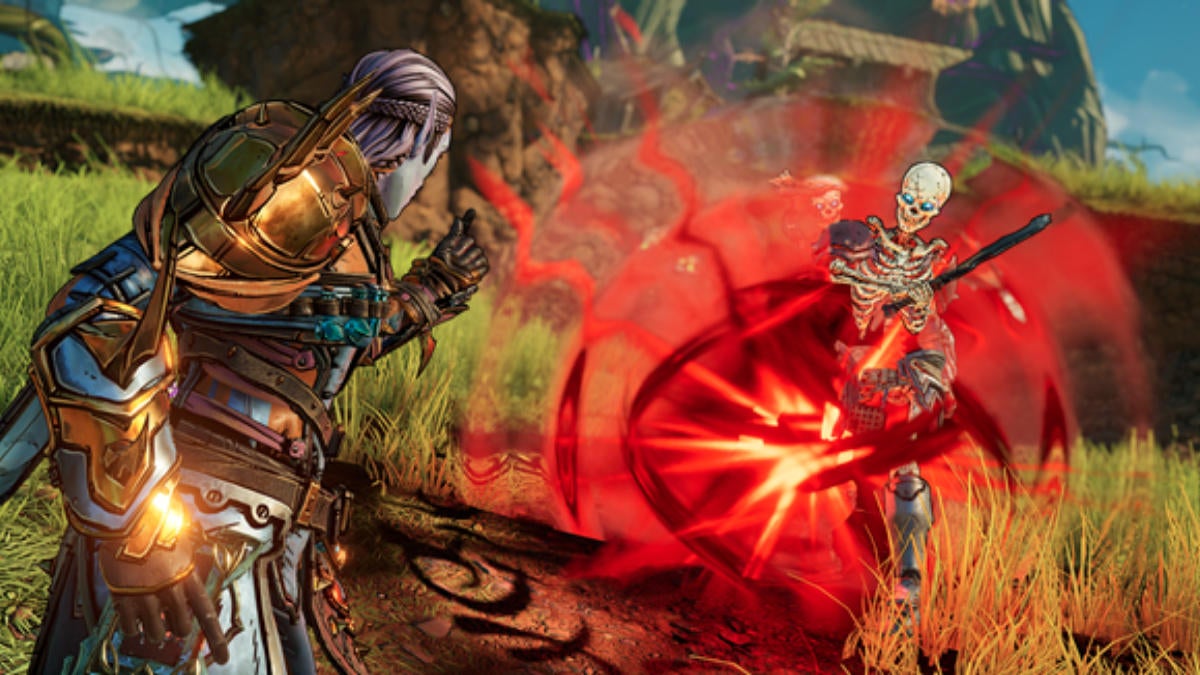 Tiny Tina’s Wonderlands isn’t set to debut until next year, but 2K Games and Gearbox Software have released a brand-new video, revealing new information about the Borderlands spin-off. In the game, players will have a number of customization options, from the character’s appearance, to the game’s multiclass system. In Tiny Tina’s Wonderlands, there will be six skill trees that players can mix and match from. The video specifically highlights two of those classes: Stabbomancers and Brr-zerkers. The trailer also showcases some of the game’s environments, and the Skeleton Army players will encounter during their quest.

The new video for the game can be found embedded below.

As its name implies, the Stabbomancer class is all about stabbing things. The video highlights the Stabbomancer’s Ghost Blade, which can be tossed to do long-distance damage against enemies. Players that like to get a little more up close and personal might also like this class, as they can take advantage of stealth mode to strike from the shadows. Brr-zerkers, on the other hand, are all about brute force, dishing out major frost-infused melee attacks.

The trailer also highlights just a few of the locations players can expect to see in the game, including Buttstallion’s Castle (seen at 0:06 in the video), the Tangledrift Beanstalk (seen at 1:32 in the video), and more. The game’s fantastical locations should make for a different take on the looter shooter genre, and it will be interesting to see how fans of Borderlands embrace the game. Of course, the game’s fantasy setting could also appeal to newcomers! Hopefully, 2K Games and Gearbox Software will have much more to show in the coming months.

Tiny Tina’s Wonderlands is set to release March 25, 2022 on PlayStation 4, PlayStation 5, Xbox One, Xbox Series X|S, and PC. In the meantime, readers can check out our previous coverage of the game right here.

Are you looking forward to Tiny Tina’s Wonderlands when it releases next year? What did you think of the game’s new video? Let us know in the comments or share your thoughts directly on Twitter at @Marcdachamp to talk all things gaming!

These Classic Christmas Specials Dominated TV Ratings This Weekend, Here’s When You Can Watch Them Again
South Park: Post COVID Special Debuts With the Death of SPOILER
Battlefield 2042 Insider Reveals Huge Feature Cut Before Release
Red Dead Redemption 2 Player May Have Just Solved a Huge Mystery
Eternals Name Drop Might Tease Arrival of Another Marvel Hero to the MCU