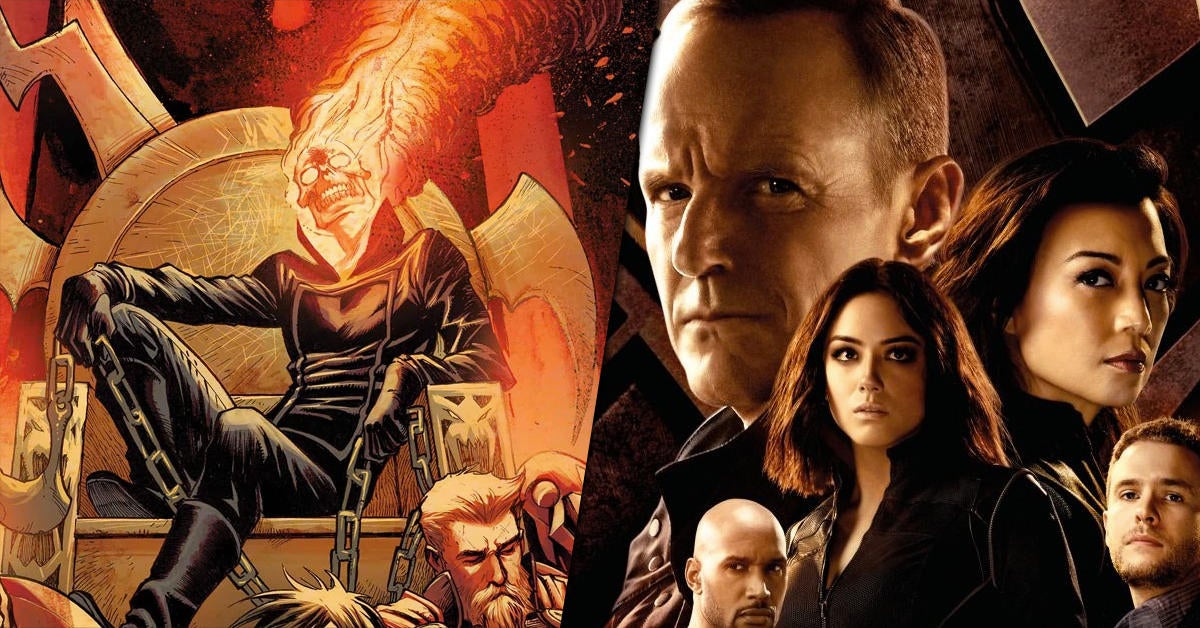 After Nic Cage appeared in two separate films as Johnny Blaze‘s version of Ghost Rider, Marvel’s Agents of SHIELD also intended to use the character on the small screen in the show’s fourth season. As fate would have it, however, Blaze himself wasn’t in the cards, because he was a character Marvel Studios intended to use. As it turns out, some dealmaking behind the scenes allowed the Kevin Feige-led outfit access to Blaze while SHIELD could use a lesser-known version of the character.

At one point, the show’s crew was so sure they’d be able to use the original Ghost Rider, they had intended to film a stinger at the end of Season Three setting up the first arc of Season Four. As Agents of SHIELD VFX supervisor Mark Kolpack tells us, that was quickly scrapped after the show was temporarily told they couldn’t use the character.

“The tease that never got shot was going to be this,” Kolpack recalls in our Hellfire and Brimstone: A Celebration of Marvel’s Ghost Rider piece. “It was supposed to be a husband and wife at one of those Storage Wars-kind of bidding places. They bid on a storage locker and then they open up the locker and they’re going into it and going, ‘Wow. What the hell is all this?'”

“Then they started seeing posters of the Daredevil motorcycle stuff and there was a leather jacket there and a motorcycle. There were all these little tidbit clues that were going to be in there to foreshadow and tease everybody for Season 4,” the artist adds. “But Marvel took away the Johnny Blaze Ghost Rider, so they changed it quickly to the LMD Aida business where you saw there was a shadowy figure behind fog glass with a female voice. That was actually Maurissa’s [Tancharoen] voice because of having to put together something really quickly.”

Before long, they eventually found out they could use Ghost Rider, it just had to be Robbie Reyes. Kolpack also says a directive was that they had to use the character’s Hell Charger instead of a version of Ghost Rider’s iconic motorcycle.

For even more Ghost Rider goodies, you can check out Hellfire and Brimstone: A Celebration of Marvel’s Ghost Rider here!