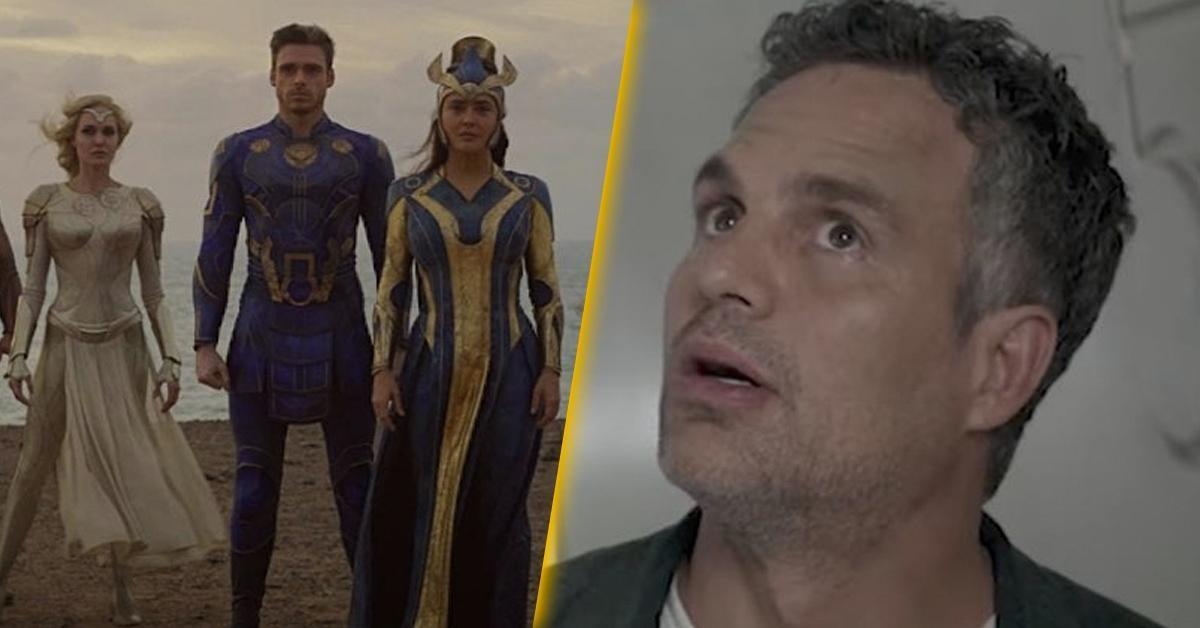 Mark Ruffalo is easily one of the most supportive Marvel stars in the MCU. The actor has been playing Hulk/Bruce Banner in the franchise ever since The Avengers was released in 2012, and he’s always one of the first people to take to social media to honor his co-stars, celebrate new shows and movies, and share fun fan content. The actor seems especially excited about Eternals. He reacted to the first trailer a while back and expressed his excitement in a new post this week.

Ruffalo shared an article featuring the first reactions to Eternals, which had its world premiere earlier this week. “Chloé Zhao + #Eternals + @Marvel = Yaz!!!,” Ruffalo wrote. Zhao, of course, is the film’s director. She became the second woman to win an Academy Award for Best Director for helming Nomadland earlier this year. You can view Ruffalo’s post below:

Eternals is set to star Richard Madden as Ikaris, Gemma Chan as Sersi, Angelina Jolie as Thena, Kumail Nanjiani as Kingo, Lia McHugh as Sprite, Lauren Ridloff as Makkari, Brian Tyree Henry as Phastos, Barry Keoghan as Druig, Don Lee as Gilgamesh, Kit Harington as Dane Whitman, and Salma Hayek as Ajak. In the film, a race of immortal beings with superhuman powers who have secretly lived on Earth for thousands of years reunites to battle the evil Deviants. It’s been teased that the film has one of the longest runtimes in the franchise with two different storylines to look forward to.

As for Ruffalo, the actor’s days in the MCU are far from over. The star recently made a cameo in Shang-Chi and the Legend of the Ten Rings, which had some fans confused. In Avengers: Endgame, Bruce transforms into Professor Hulk, a combo of himself and the Hulk. However, when he’s seen at the end of Shang-Chi, he’s Bruce again. Whatever the reason for Bruce’s new, old appearance, it’s likely we’ll get an explanation in  She-Hulk, which is coming to Disney+ next year. The show will star Tatiana Maslany as Jennifer Walters, a New York City lawyer whose life is changed after she gets into an accident, leading to her receiving a blood transfusion from her cousin, Bruce Banner. As a result, Jennifer develops her own iteration of Hulk powers.

It was also rumored this week that a World War Hulk movie could be in the works.

Eternals is scheduled to hit on theatres on November 5th.