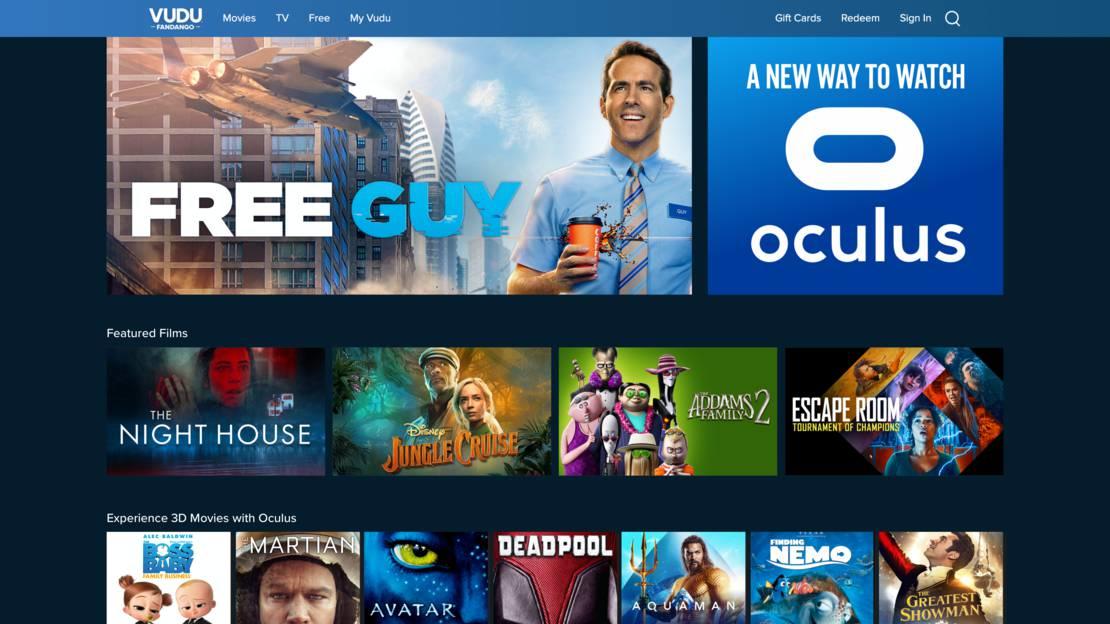 The Ryan Reynolds-starring Free Guy has finally made its way to digital platforms for purchase and rental, and it’s bringing a brand new streaming option for the Oculus VR experience along with it. On Tuesday, Fandango announced a partnership between its Vudu on-demand streaming service and the Oculus Quest VR headsets. Beginning today, Vudu is now the official movie and TV store on Oculus.

If you’re not familiar, Oculus makes VR headsets that allow users to completely immerse themselves in games, movies, and TV. Users have been able to watch movies and TV in Oculus devices before, but now the Vudu storefront is accessible right in the devices. Vudu is now available on Oculus Galaxy 1 and 2 headsets. Users now have access to over 20,000 movies to rent or purchase through the Vudu app.

It’s no surprise that Oculus and Vudu made the choice to launch the new VR partnership with the home debut of Free Guy. The new film is all about the immersive world of a video game and the characters that live inside it, exploring new technology as a plot device as well as utilizing cutting edge technology in the filmmaking process. Free Guy is now available to rent for just $5.99 on Vudu. You can find it alongside new films like Black Widow, Jungle Cruise, and F9. Vudu also has several 3D movies available to experience on Oculus, including Guardians of the Galaxy, Venom, Jurassic World, and Mad Max: Fury Road.

“We’re excited that Vudu will now serve as the official movie and TV store on Oculus,” says Fandango Chief Commercial Officer Kevin Shepela. “Fandango’s mission is to usher fans to the most moving entertainment experiences and we’re certainly able to deliver that promise with the new Vudu app on Oculus. We’re thrilled to be working with Oculus to help transport fans to new worlds in the most immersive formats available.”

Fandango used to have its own on-demand service, FandangoNOW, but ended up taking over Vudu and merging the two on-demand programs under the same banner. Fandango still utilizes its ticket-buying service for movie theaters.

Will you be checking out Free Guy on the Oculus Vudu app? Let us know in the comments!