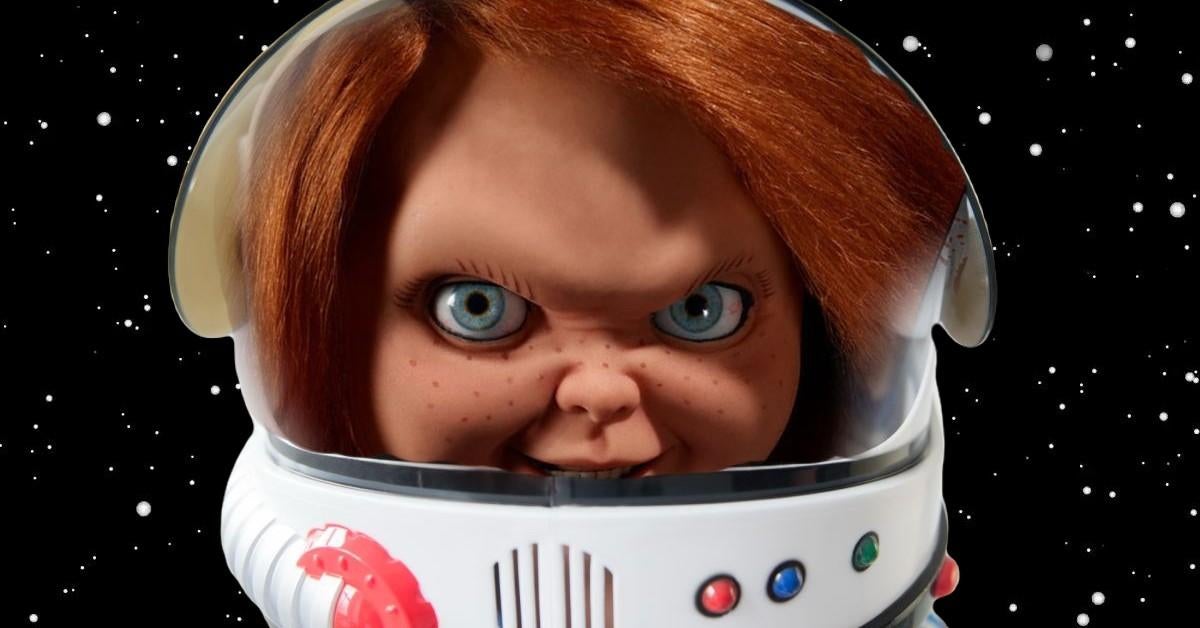 So far in this thirty year history Chucky has died and resurrected himself at least seven times, gotten married, had a child, and now he has a TV show. Is there anything he can’t do? Anywhere he can’t go? Chucky‘s creator Don Mancini doesn’t think so, and even though it’s a cliché in horror circles for franchises to go to space, it could be the perfect place for Chucky to land. Speaking in an interview with ComicBook.com to promote the new TV series, we asked Mancini if he’d come across a theme or setting with Chucky that wouldn’t work and so far he says the answer is no, even when it comes to space.

“I don’t think I’ve ever come up with like, ‘Oh, Chucky couldn’t possibly go there.’ I don’t think so,” Mancini said. “And I think one of the great things about Chucky is that he’s such a versatile character and we’ve found that he operates successfully in all kinds of different tones and sub genres, whether it’s horror, or comedy, places in-between. So I think as a character he’s versatile enough and appealing enough and interesting enough that he could probably go anywhere even into outer space. Which is the one thing I think once I jokingly said something about sending Chucky into space, although I do think it would be a fun movie.”

We noted to Mancini that within the current continuity of the franchise, Chucky has figured out a way to split himself and his soul across multiple dolls, meaning that there are enough possessed Chucky dolls out that that if one went to space it probably wouldn’t effect the larger plot on Earth too.

Mancini added, “Yeah. I mean, I think ‘X Goes to Space’ is usually a barometer for jumping the shark. But I mean, who wouldn’t want to see Chucky in a little space suit with a helmet, sort of like floating?”

To his credit, Mancini is right, Leprechaun, Friday the 13th, and Hellraiser have all gone to space in some form or another, frequently with less than well-received results. Chucky on the other hand….could work, couldn’t it?

On an episode of The Movie Crypt back in 2017, Mancini’s pitch for Chucky in space was succinct:

“I have an idea for Chucky in Space,” he said on the podcast. “You know how sometimes, like, kids will present a space shuttle crew with like, some totemic experiment or mascot or whatever? Chucky…Chucky in Space.”