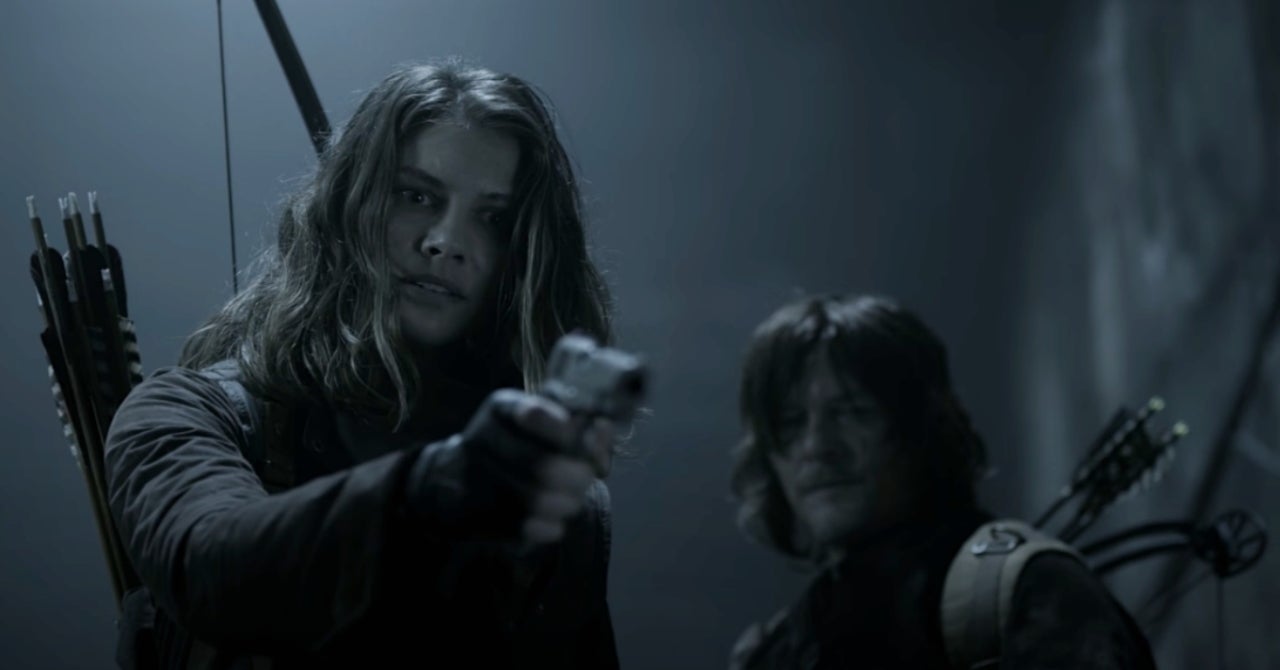 There’s a lot to unpack between Maggie and Negan in Season 11 of The Walking Dead — and returning star Lauren Cohan says the new season is “the most fun I’ve ever had on this show.” Cohan first rode into action as Maggie Greene in Season 2 of The Walking Dead, staying on the AMC zombie drama until her mid-season exit in Season 9. But Maggie returned just in time to witness the end of the Whisperer War in Season 10, and Cohan is back as a full-time series regular for the Final Season pitting Team Family — including Negan (Jeffrey Dean Morgan) — against a terrifying threat from Maggie’s past.

How Maggie deals living behind the same walls as Negan is “the whole season,” Cohan said about Season 11A during virtual San Diego Comic-Con. “That’s what we’re gonna unpack this year. So if there’s a feeling that could be had, we’ll probably spend some time on that feeling, and then we’ll move onto another one. It’s crazy. It’s honestly crazy.”

Cohan added: “It’s been the most fun I’ve ever had on this show, in terms of just cruising through this ocean of what you want to do and what you can do, and where she’s been.”

Some of the horrors Maggie saw during her eight years on the road will come to light in the two-part season premiere, “Acheron: Part I” and “Acheron: Part II,” where Negan leads the way on a mission taking the group deep into a walker-filled subway tunnel. But it’s the living, not the dead, who pose an even greater threat: the survivors are hunted by a formidable squad of killers called the Reapers.

Though the season is rife with tension between Negan and Maggie — she has a score to settle years after deciding to let him rot in prison for murdering her husband Glenn (Steven Yeun) — her story in Season 11 “certainly isn’t just about that [Maggie vs. Negan],” according to executive producer Scott Gimple.

“Seeing this kind of leader emerge from the apocalypse, forged by the apocalypse, I think that’s her story,” the Walking Dead Universe chief content officer said during a live stream with TWD Universe. “I think Negan is an unbelievable complication to that, but to hit it one more time, it doesn’t define her.”

The Final Season of The Walking Dead premieres August 15 on AMC+ and August 22 at 9/8c on AMC. Follow the author @CameronBonomolo on Twitter for all things TWD.